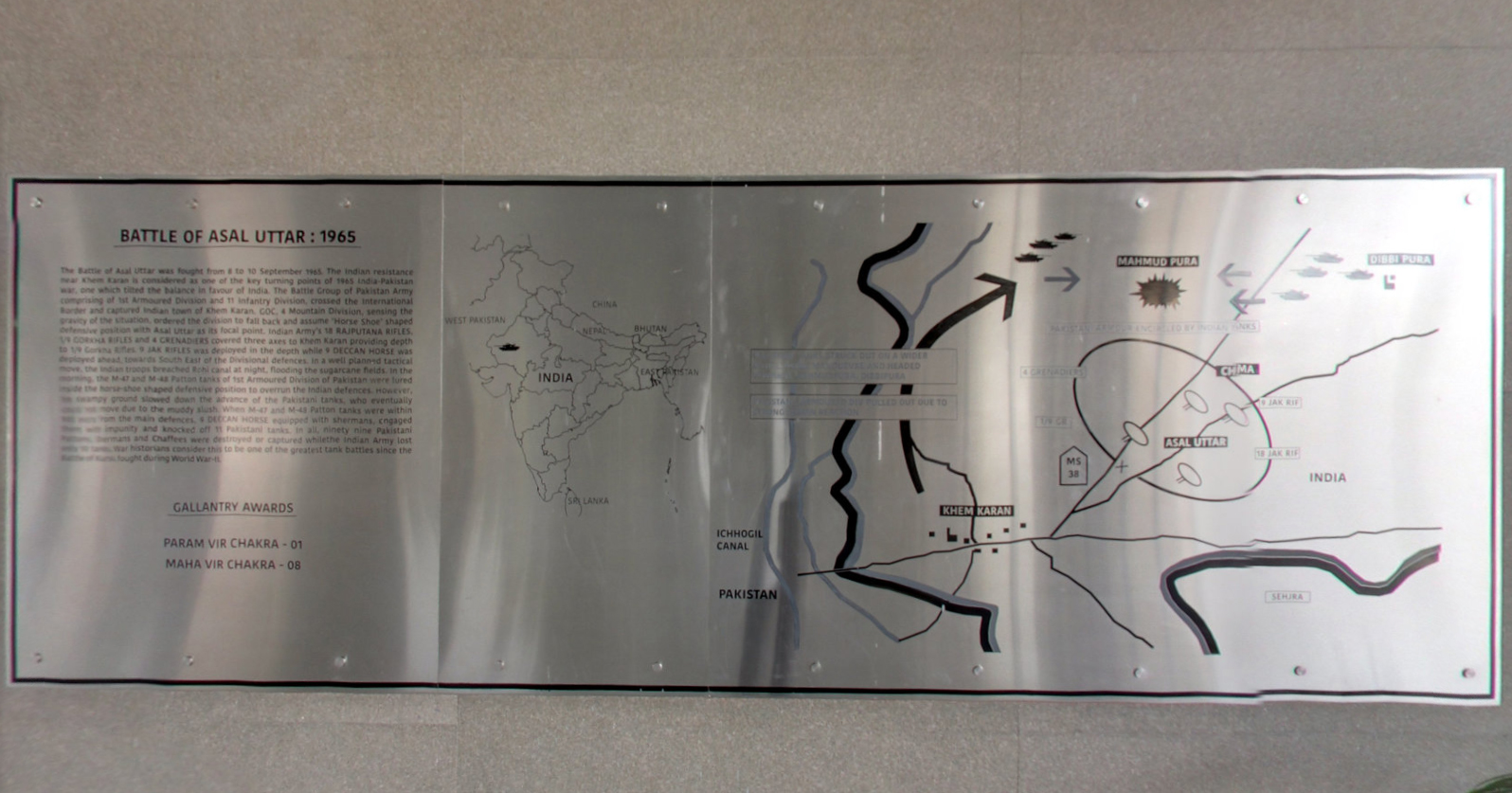 The Battle of Asal Uttar was fought from 8 to 10 September 1965. The Indian resistance near Khem Karan is considered as one of the key turning points of 1965 India-Pakistan war, one which tilted the balance in favour of India. The Battle Group of Pakistan Army comprising of 1st Armoured Division and 11 Infantry Division, crossed the International Border and captured Indian town of Khem Karan. GOC, 4 Mountain Division, sensing the gravity of situation, ordered the division to fall back and assume ‘Horse Shoe’ shaped defensive position with Asal Uttar as its focal point. Indian Army’s 18 RAJPUTANA RIFLES, 1/9 GORKHA RIFLES and 4 GRENADIERS covered three axes to Khem Karan providing depth to 1/9 Gorkha Rifles. 9 JAK RIFLES was deployed in the depth while 9 DECCAN HORSE was deployed ahead, towards South East of the Divisional defences. In a well planned tactical move, the Indian troops breached Rohi canal at night, flooding the sugarcane fields. In the morning, the M-47 and M-48 Patton tanks of 1st Armoured Division of Pakistan were lured inside the horse-shoe shaped defensive position to overrun the Indian defences. However, the swampy ground slowed down the advance of the Pakistani tanks, who eventually could not move due to the muddy slush. When M-47 and M-48 Patton tanks were within 900 mtrs from the main defences, 9 DECCAN HORSE equipped with shermans, engaged them with impunity and knocked off 11 Pakistani tanks. In all, ninety nine Pakistani Pattons, Shermans and Chaffees were destroyed or captured while the Indian Army lost only 10 tanks. War historians consider this to be one of the greatest tank battles since the Battle of Kursk, fought during World War-II.