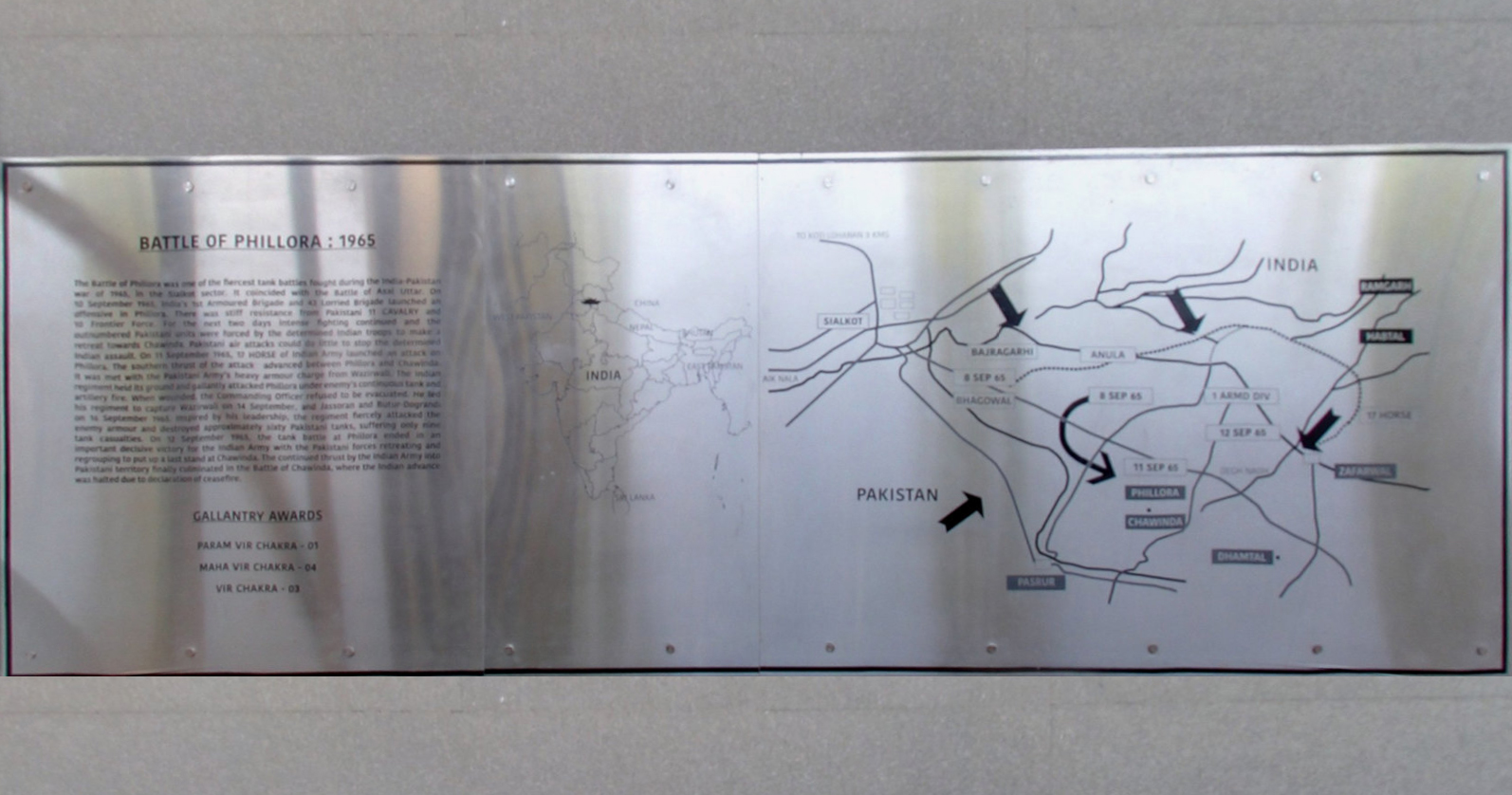 The Battle of Phillora was one of the fierces tank battles fought during the India- Pakistan War of 1965, in the Sialkot sector. It coincided with the Battle of Asal Uttar.

On 10 September 1965, India’s 1st Armoured Brigade and 43 Lorried Brigade launched an offensive in Phillora. There was stiff resistance from Pakistani 11 CAVALRY and 10 Frontier Force. For the next two days intense fighting continued and the outnumbered Pakistani units were forced by the determined Indian troops to make a retreat towards Chawinda. Pakistani air attacks could do little to stop the determined Indian assault. On 11 September 1965, HORSE of Indian Army launched an attack on Phillora. The southern thrust of the attack advanced between Phillora and Chawinda. It was met with the Pakistani Army’s heavy armour charge from Wazirwali. The Indian regiment held its ground and gallantly attacked Phillora under enemy’s continuous tank and artillery fire. When wounded, the Commanding Officer refused to be evacuated. He led his regiment to capture Wazirwali on 14 September, and Jassoran and Butur-Dograndi on 16 September 1965. Inspired by his leadership, the regiment fiercely attacked the enemy armour and destroyed approximately sixty Pakistani tanks, suffering only nine tank casualties. On 12 September 1965, the tank battle at Phillora ended in an important decisive victory for the Indian Army with the Pakistani forces retreating and regrouping to put up a last stand Chawinda. The continued thrust by the Indian Army into Pakistani territory finally culminated in the Battle of Chawinda, where the Indian advance was halted due to declaration of ceasefire.