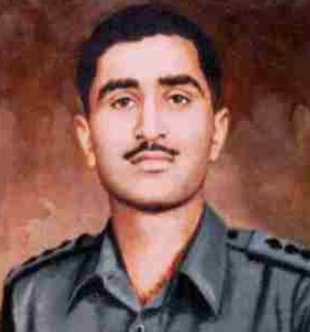 On 05 December 1961, 3/1 GORKHA RIFLES was ordered to clear a roadblock established by Katangese troops in Elizabethville, Katanga. When Captain Salaria tried to link up with the Gorkha Company to reinforce the roadblock, he met strong enemy opposition. The enemy brought down heavy automatic fire on his force. Captain Salaria's men charged the enemy with bayonets, khukris and hand grenades, killing 40 of the enemy and destroying two enemy cars. Captain Salaria, despite being wounded in the neck, continued fighting, till he succumbed to his injuries. His bold and courageous action completely demoralised the enemy, who fled despite the numerical superiority, thus saving the UN Headquarters in Elizabethville. For his extraordinary leadership and most conspicuous bravery, Captain Gurbachan Singh Salaria was awarded the Param Vir Chakra (Posthumous).