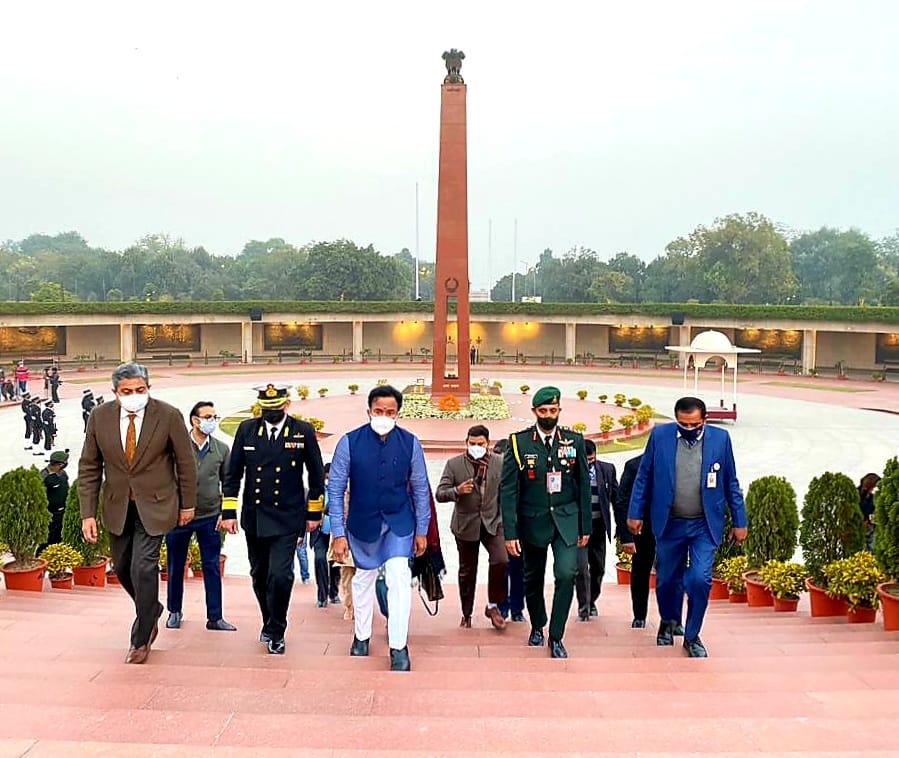 Union Minister for Tourism, Culture and DONER Shri G. Kishan Reddy attended the Retreat Ceremony at the National War Memorial and paid tribute to the martyrs who have sacrificed their lives for the Nation and displayed distinguished acts of valour during wartime, in New Delhi today. Shri Reddy also observed the Next of Kin ceremony at the Memorial which is held every evening before sunset. Shri G. Kishan Reddy took a round of the Memorial and saw the murals depicting epic battles and Operations of the Indian Armed Forces to protect the country.  Shri Reddy also paid virtual homage to the martyrs. In his media interaction after the ceremony, the Union Minister appealed to everybody especially the youth to visit National War Memorial built in the memory of martyrs who died in the line of duty. And as we celebrate Azadi ka Amrit Mahotsav, Shri Reddy urged that the students of all the States and Universities must come and visit the National War Memorial, which imbues every one with a patriotic zeal. 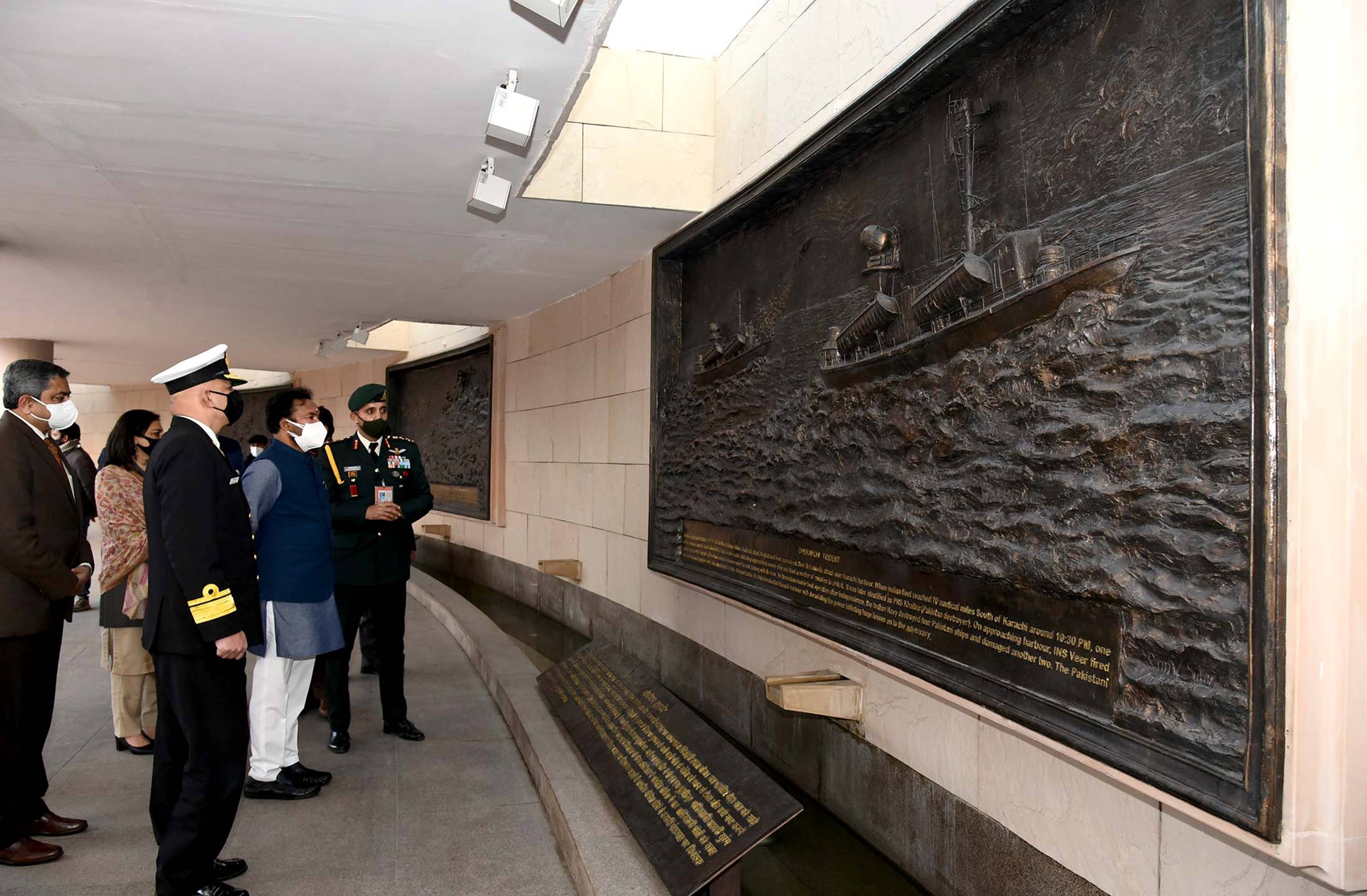 The National War Memorial represents the gratitude of a nation to its Armed Forces. The Memorial helps to strengthen the sense of belonging, high moral values, sacrifice, and national pride in our citizens. It stands testimony to the sacrifices made by our soldiers during various conflicts, United Nations Operations, Humanitarian Assistance and Disaster Response Operations since Independence. Since its inauguration in 2019, the NWM has become very popular among citizens and tourists visiting Delhi. 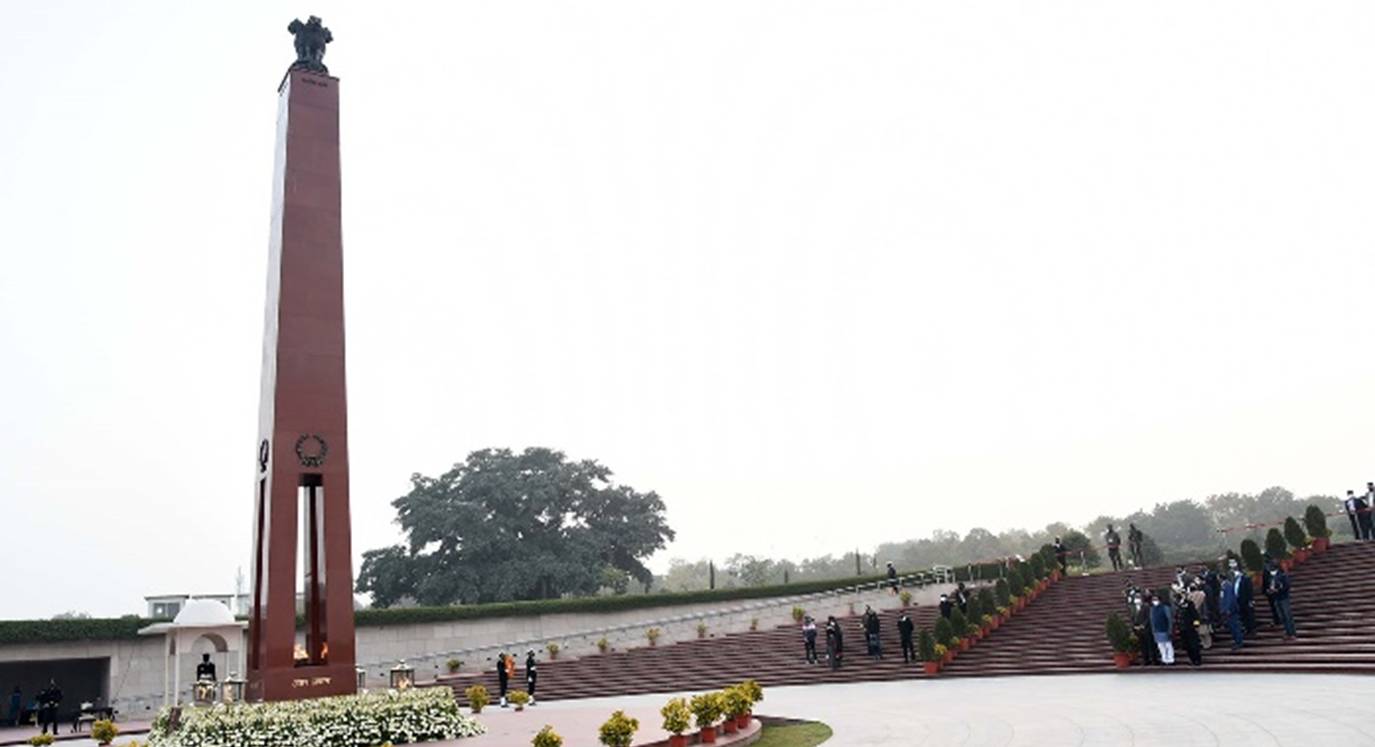 The National War Memorial was inaugurated and dedicated to the nation by the Prime Minister on 25th Feb 2019. Apart from the main Memorial, there is dedicated area for Busts of 21 soldiers who have been conferred with 'Param Vir Chakra’, the Nation's highest gallantry award in war. The memorial complex is in harmony with the existing layout and symmetry of the majestic Rajpath and Central Vista. Solemnity of the ambience is maintained with an emphasis on landscaping and simplicity of architecture. The design of the main memorial exemplifies that supreme sacrifice made by a soldier in the line of duty not only makes him immortal, but also depicts that the spirit of a soldier remains eternal.

NWM Website / Mobile App showcase the Memorial history, significance, concept and details of the Battle Casualties. The features incorporated in the website / app include multilingual interaction in 21 regional languages to facilitate easier comprehension for visitors from all over the country.

A Daily Retreat Ceremony and a Daily NoK (Next of Kin) Ceremony by Next of Kin of a martyr are held  before sunset at the National War Memorial. The Memorial sees a daily footfall of around 6000-8000 visitors on weekdays and 15000-20000 on weekends.

Kindly click for the more details of National War Memorial