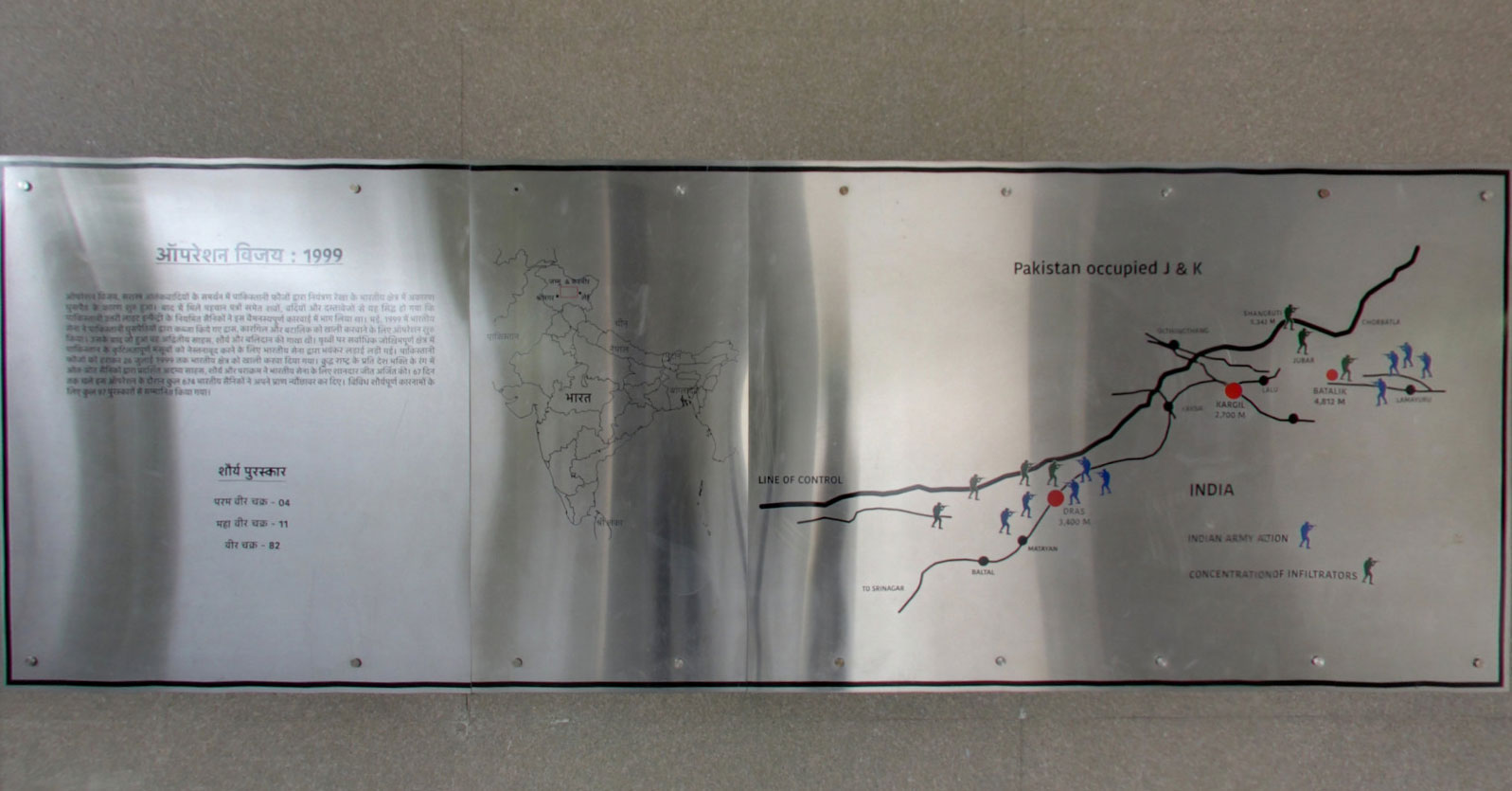 ‘Operation Vijay’ was initiated due to unprovoked intrusion of Pakistan Army backed armed terrorists on the Indian side of Line of Control (LC) at Kargil. Later on, it was proved by the recovered bodies, uniforms and documents including identity cards that regular soldiers of the Pakistani Northern Light Infantry had also participated in their ill-conceived misadventure. In May 1999, the Indian Army launched operations to evict Pakistani intruders occupying the important heights of Dras, Kargil and Batalik. What followed was a saga of unparalleled courage, valour and sacrifice. A fierce battle was fought by the Indian soldiers to smother the nefarious designs of Pakistan, in one of the most treacherous terrains on earth. By 26 July 1999, the Pakistani intruders were beaten back and evicted from the Indian territory. The raw courage, bravery and valour displayed by our valiant soldiers, riding on the patriotic fervour of an enraged Nation, earned a resounding victory for the Indian Army. A total of 674 Indian soldiers laid down their lives during the course of this 67 days operation. A total of 97 awards were conferred in this operation for various acts of gallantry.