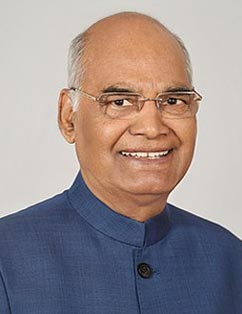 I am happy to know that the National War Memorial at 'C' Hexagon of India Gate is being dedicated to the nation on 25th February 2019.

The memorial will commemorate the gallant soldiers who have made the supreme sacrifice in the line of duty in order to keep our nation safe. The National War Memorial will have pride of place in the Central Vista of New Delhi and will inspire in every Indian a sense of patriotism and the spirit of sacrifice for the nation.

On this special day, I salute the brave soldiers of our Armed Forces, both past and present, for their exemplary sense of professionalism and service to the nation. 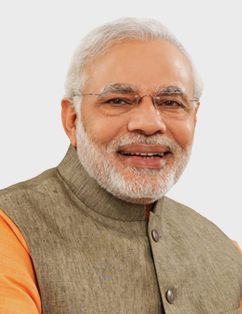 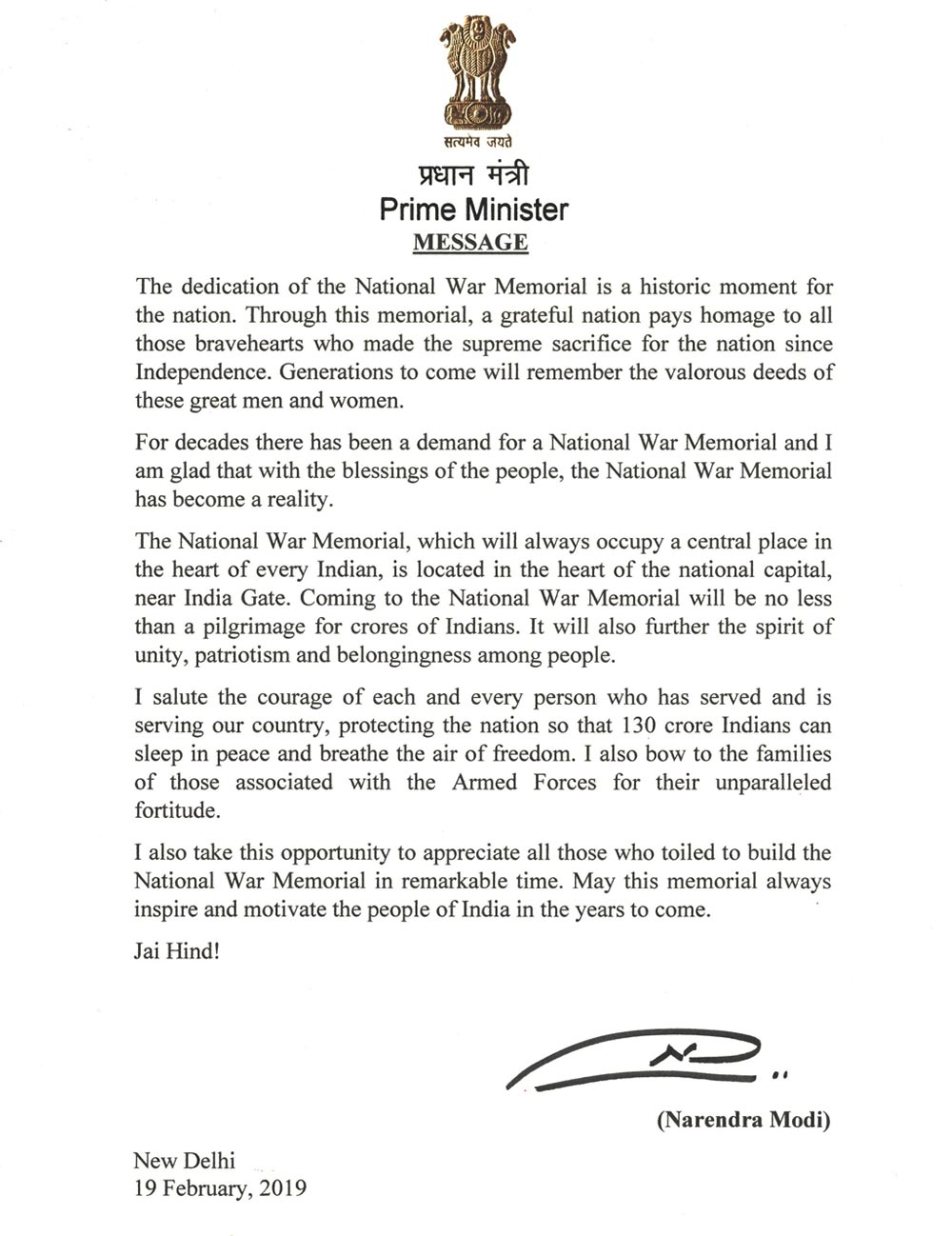 The dedication of the National War Memorial is a historic moment for the nation. Through this memorial, a grateful nation pays homage to all those brave hearts who made the supreme sacrifice for the nation since Independence. Generations to come will remember the valorous deeds of these great men and women.

I salute the courage of each and every person who has served and is serving our country, protecting the nation so that 130 crore Indians can sleep in peace and breathe the air of freedom. I also owe to the families of those associated with the Armed Forces for their unparalleled fortitude.

I also take this opportunity to appreciate all those who toiled to build the National War Memorial in remarkable time. May this memorial always inspire and motivate the people of India in the years to come.
Jai Hind ! 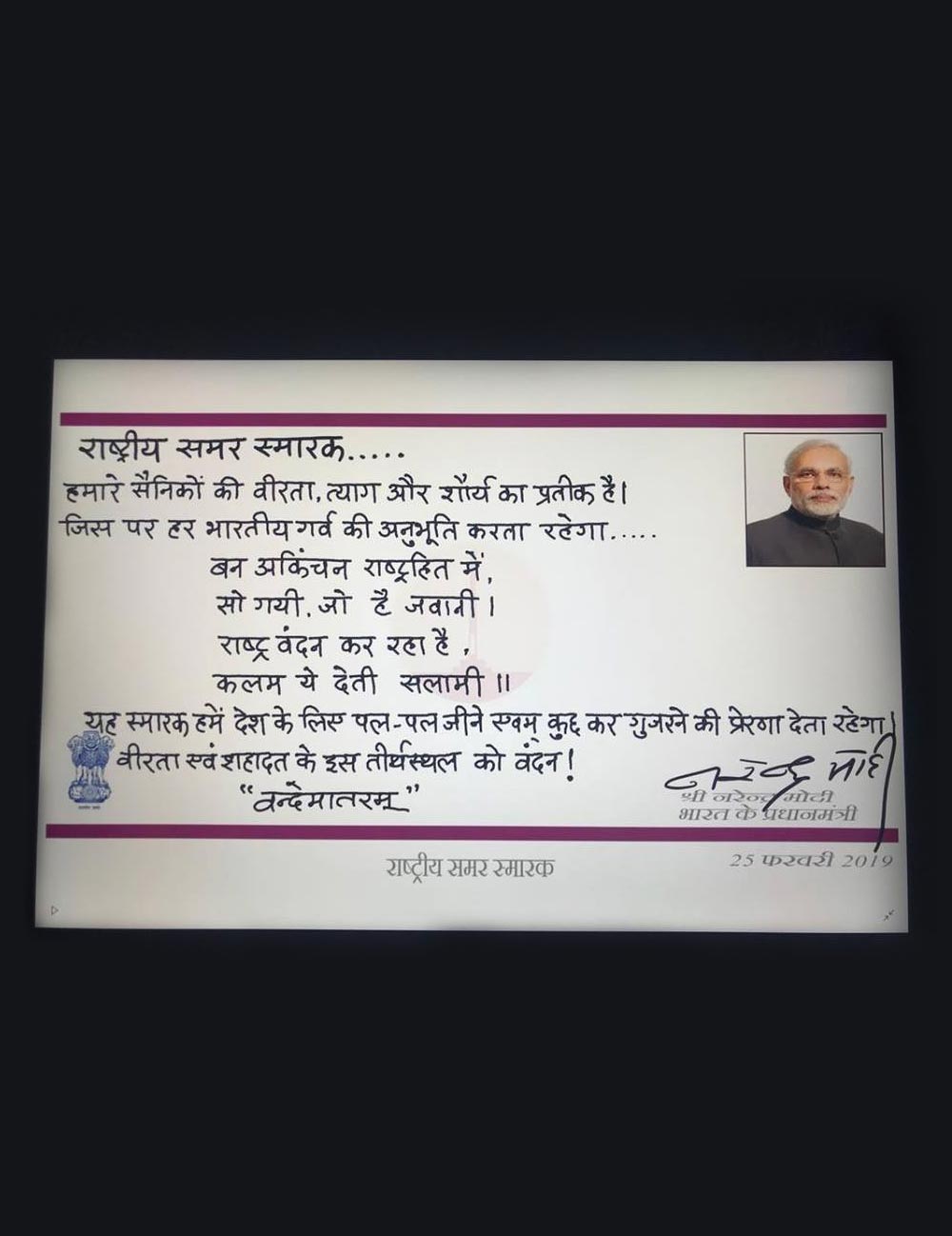 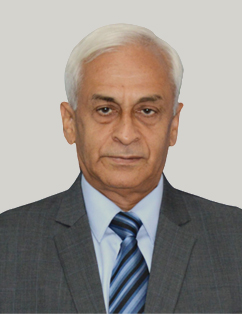 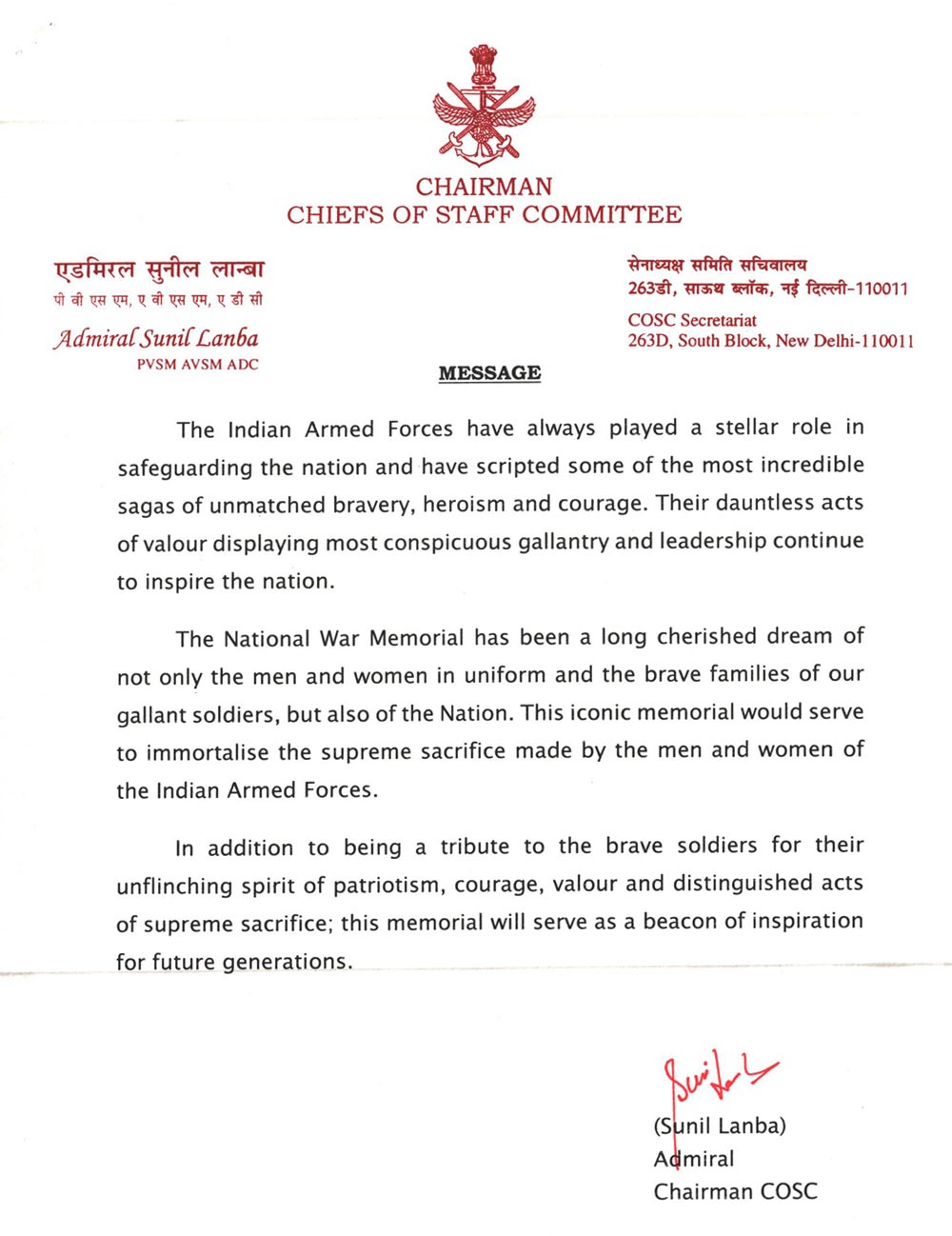 The Indian Armed Forces have always played a stellar role in safeguarding the nation and have scripted some of the most incredible sagas of unmatched bravery, heroism and courage. Their dauntless acts of valour displaying most conspicuous gallantry and leadership continue to inspire the nation.

The National War Memorial has been a long cherished dream of not only the men and women in uniform and the brave families of our gallant soldiers, but also of the nation. This iconic memorial would serve to immortalize the supreme sacrifice made by the men and women of the Indian Armed Forces.

In addition to being a tribute to the brave soldiers for their unflinching spirit of patriotism, courage, valour and distinguished acts of supreme sacrifice; this memorial will serve as a beacon of inspiration for future generations.